Just hours after swearing an oath of impartiality at the beginning of President Donald Trump’s impeachment trial, Senator Lindsey Graham (R-S.C.) wasted no time violating it publicly by going on Fox News to attack Democrats and oppose calling witnesses or entering new evidence into the record.

There are still top level witnesses such as former National Security Adviser John Bolton, Secretary of State Mike Pompeo, Attorney General Bill Barr and chief of staff Mike Mulvaney who can testify about Trump’s Ukraine corruption. And plenty of damning new evidence has been released in the form of documents from former Rudy Giuliani associate Lev Parnas.

Parnas even pointed the finger directly at Trump and several other participants in the scandal during an interview with Rachel Maddow that makes it clear the Senate must call witnesses and enter new evidence into the record.

But on Thursday night, Graham appeared on Fox News not long after taking the oath of impartiality to reiterate that he’s biased.

“[Democrats] turned the trial into a complete circus,” Graham said. “You’re allowed to do that but not with my vote. I’m going to judge the case on the evidence assembled by the House. I’m not going to expand the record. This Parnas thing, I smell a rat. It is a complete, neverending desire to destroy everything Donald Trump. I took Mueller seriously. I don’t take Schiff, Nadler seriously. And I don’t take Chuck Schumer seriously when he says he’s looking for the truth. He’s looking to get back, to be the Majority Leader, nothing more.”

The Senator took an oath hours ago and he still has the audacity to appear on Fox News to announce his bias pic.twitter.com/KetEpaceXw

In no way did Graham take Special Counsel Robert Mueller “seriously.” Had he actually done so, he would have called for impeaching Trump for obstructing justice multiple times as laid out by the final Mueller report.

Of course, there may be a reason why Graham is so adamant against introducing new material. After all, he’s been implicated in the scandal by Parnas.

According to Parnas, Trump personally got involved in trying to get a visa for Viktor Shokin to come to the U.S. and brief Giuliani, Barr, and Lindsey Graham—despite the U.S. government’s official position that Shokin shouldn’t be allowed a visa because of his corruption. pic.twitter.com/JejTwY79I6

Shokin is a corrupt former Ukrainian prosecutor whom Giuliani is trying to bring to the United States to act of some kind of witness against former Vice President Joe Biden in a continuation of Trump’s effort to hurt him ahead of the 2020 Election. 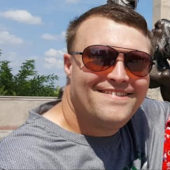 Trump to use school prayer to indoctrinate kids

Have something to say? Let us know! Cancel reply

Did we get something wrong? Let us know by contacting corrections @ lancastercourier.com

Questions for our authors? Contact them from our About page!